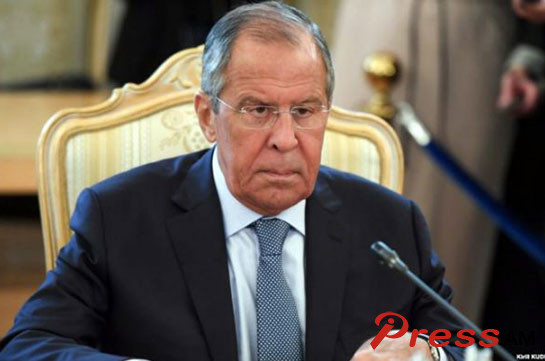 The two ministers discussed the situation on the Nagorno Karabakh frontline.

Russia’s Ministry of Foreign Affairs reports that Lavrov expressed serious concern over the continuing military actions and growth of the number of casualties among civilians.

The Russian side stressed the necessity of immediate ceasefire.

It has been noted that Russia, together with the other OSCE Minsk Group co-chairs, will continue promoting the resumption of negotiation process, based on the fundamental principles of the Karabakh conflict settlement.

Lavrov confirmed their readiness to conduct the meeting of Azerbaijani and Armenian foreign ministers in Moscow.