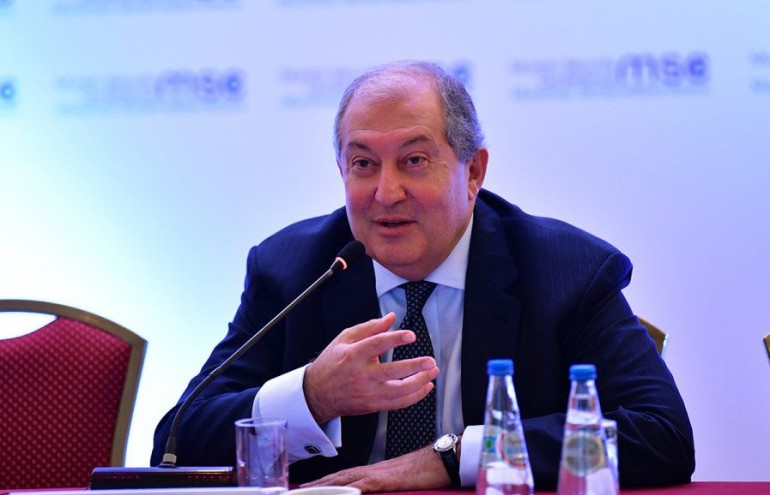 My critics do not thoroughly read the Constitution of Armenia, Presidentt Armen Sarkissian said today, addressing the wide criticism against him for backing the bill on a constitutional referendum.

″Those who criticize me do not properly read the Constitution, because what the Constitution clearly says is I [am vested with the authority to] sign only a [bill] on appointing a referendum date. Even if I do not sign it, the referendum will be nonetheless appointed,″ he told reporters at the military pantheon Yerablur.

Sarkissian said he would be ready for debates after the critics profoundly familiarize themselves with the draft constitutional reforms "to develop a better understanding of the country's present day and future".

″By the way, I invited many of the critics – a big group of them – to the Presidential Palace, but none of them came,″ he said.

The constitutional referendum, slated for April 5, is expected to be crucial for seven out of the nine members of the Constitutional Court who may be forced out of office (based on the early retirement scheme) should the controversial amendments receive a wide public support.