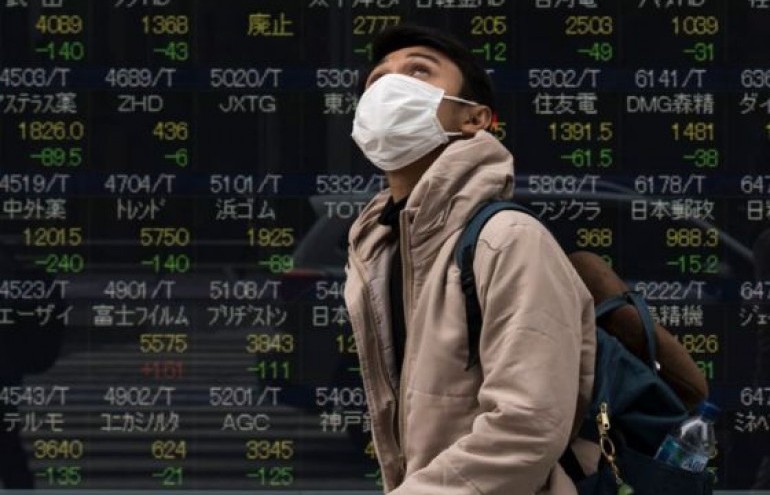 Shares in Japan have fallen over concerns that world governments and central banks won't do enough to tackle the economic impact of the coronavirus.

It comes despite stock markets bouncing back in the US and Europe on hopes that authorities will work together to support markets.

The rebound followed the worst week for major stock markets since the 2008 financial crisis.

Japanese shares closed 1.2% lower due to concerns that Group of Seven (G7) countries may not announce a detailed and coordinated response to limit the economic damage from the outbreak.

The G7 is expected to release a statement later today or tomorrow as policymakers struggle to respond to the global spread of the virus, but there are concerns that it may not mention any new government spending or coordinated interest rate cuts.

Investors have been worried about the impact of the coronavirus as it spreads outside of China. Already, the outbreak has led to travel restrictions, manufacturing shortages and reduced shopper demand in some countries.

On Tuesday Australia's central bank cut interest rates to record lows, in what is expected to be the first in a spate of stimulus measures around the world to fight the economic impact of the coronavirus outbreak.

Reserve Bank of Australia governor Philip Lowe said: "The board took this decision to support the economy as it responds to the global coronavirus outbreak."

It comes after central banks in the UK, US, Europe and Japan made statements aimed at calming fears following last week's market turmoil.