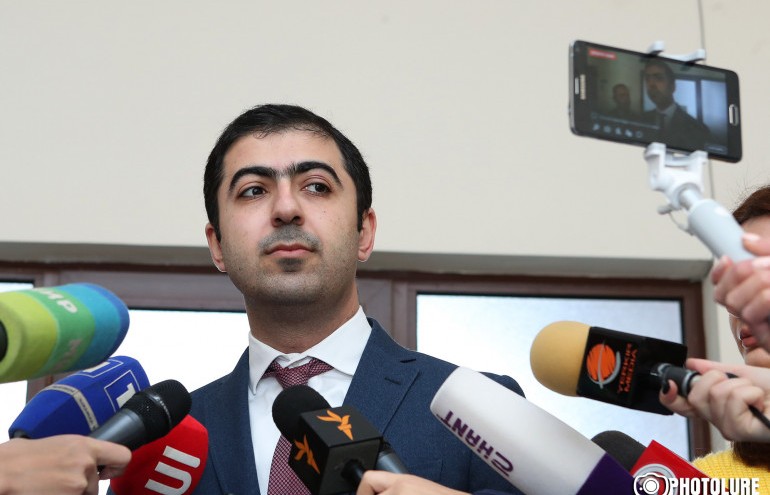 A member of second President Robert Kocharyan's defense team has filed a lawsuit against the Public Television of Armenia and the National Security Service (NSS).

According to the case records available on DataLex, Aram Orbelyan demands a formal disclaimer of a report amounting to defamation. He also separately filed a claim for moral damage.

The case has been assigned to Naira Avetisyan, a judge at the Yerevan Court of General Jurisdiction.

A recent Public Television footage spotting the former president's lawyers has served as grounds for lodging the case.